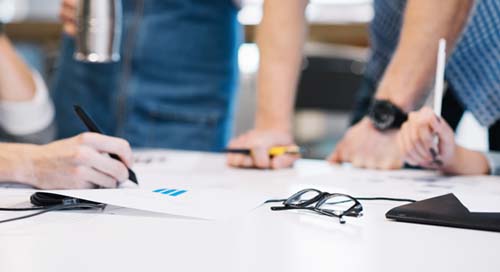 After the success of the 1st and 2nd National Cryptology Conference in 2004 and 2006 organized by the Institute for Mathematical Research, Universiti Putra Malaysia, a suggestion was mooted for the formation of a Malaysian cryptology society. The pro-tem committee submitted the application to the Malaysian Registrars of Society and the society was formally established in 2007.

The Malaysian Society for Cryptology Research (MSCR) is a non-profit organization consisting of academics, researchers, specialists, students and institutions interested to further research in cryptology and related fields.

MSCR which was established in 2007, sets its sight as being a premier research society in the field of cryptology in realizing the full potential of cryptography for Malaysia.

Since its inception, it has been actively engaged by various agencies that sought after advice with relation to cryptography and cryptology in general.

As a non-profit organization, the Malaysian Society for Cryptology Research (MSCR), welcomes new members into its fold to forward new ideas on how to conduct activities in cryptology related areas in Malaysia.